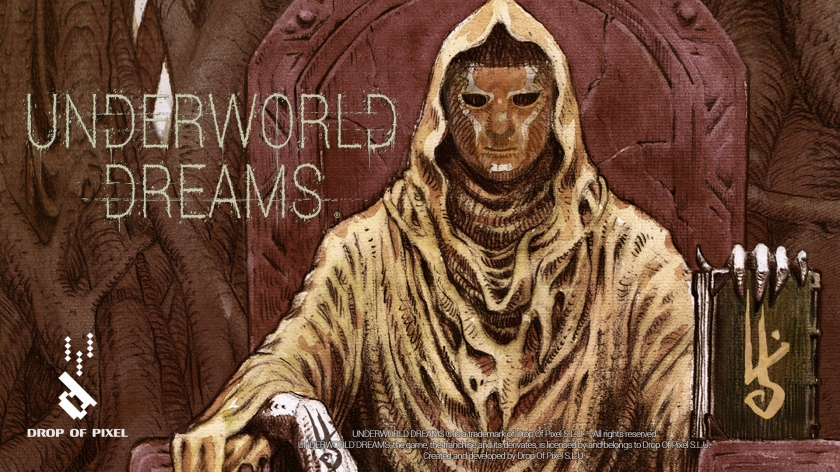 After debuting its trailer at the Indie Live Expo II today, Skystone games announced that it will be publishing Underworld Dreams from Drop of Pixel. Underworld Dreams is based on the worlds of H.P. Lovecraft and is a first-person horror experience that blends adventure, combat, and investigative puzzle elements together to form a unique psychological thriller. Set in the 1980s, Underworld Dreams creates an enthralling mystery narrative with gameplay that’s not for the faint of heart.

Nestor is a one-man team making this surreal horror game, and we’re certain that players across the globe will love the puzzles, mystery, action, and terror of Underworld Dreams when it launches on PC and Consoles next year

Underworld Dreams will launch on PC and console in 2021, and is available to Wishlist on Steam now.

Underworld Dreams Main Features
Solve the mystery of the Groc House: Highly exploratory and investigative action based around solving unique puzzles and riddles all the while, trying to unravel a mysterious dark story.

Make every bullet count: Focused around having careful planning and strategy, combat is incredibly dangerous! Every weapon, every bullet, and approach matters if you wish to survive.

Feel the terror: Built around an immersive and fully detailed environment, Underworld Dreams is set to pull players in visually to add even further emphasis around its emergent narrative.

Lovecraftian to the Core: Heavily influenced by the world of psychological horror created by H.P. Lovecraft and based on “The King in Yellow” by Robert W. Chambers allows players to experience new levels of terror!

More than one horrific result: With multiple endings for players to experience, their sanity and actions lead to a new experience each time.

Being a big fan of Lovecraft and the gaming horror genre I am personally looking forward to the release of Underworld Dreams when it comes out.